CorsetHQ.com is a participant in the Amazon Services LLC Associates Program. This is an affiliate program which means we earn fees by advertising and linking to Amazon.com. However, this will not increase the prices you pay for products.

What Are the Differences between Girdles and Corsets and What Are Their Benefits? 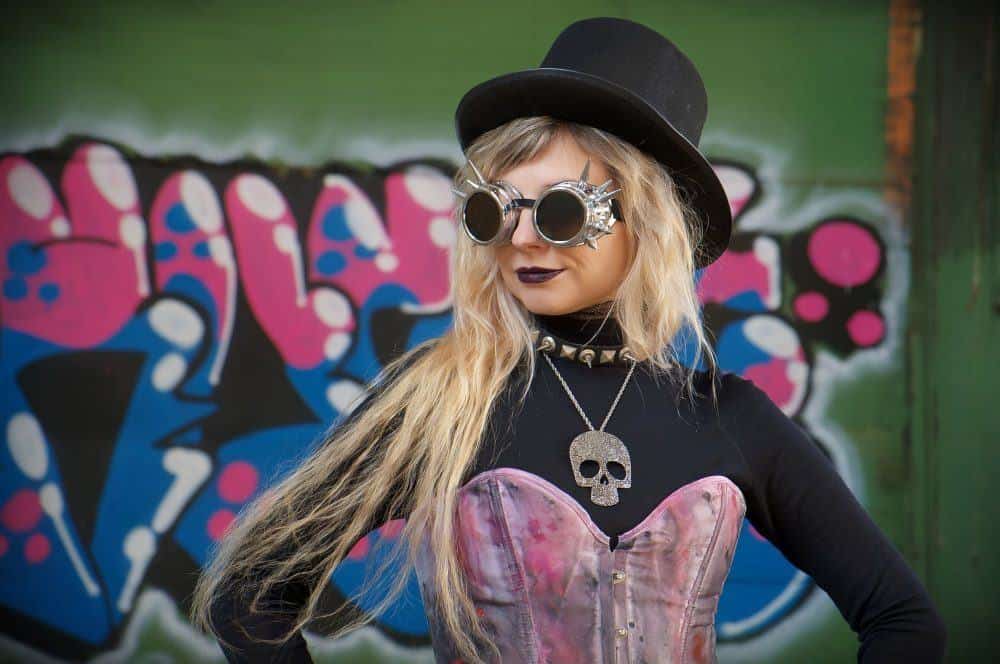 Girdles and corsets are part of a collection of undergarments or in some cases bona fide pieces of clothing known as shapewear. These have been around for centuries, but for the longest time shapewear used to be uncomfortable and often forced upon women. Truth be told, for a period of time women were expected to be wearing one or the other form of shapewear rather than it being their choice. Thankfully, that’s no longer the case.

Today, you can wear a corset to accentuate or highlight your curves or wear a girdle for a slimming effect, if you choose to, because your body is beautiful just the way it is.

The terms girdles and corsets are often used interchangeably, even though they are quite different from each other. In addition, corsets continue to be primarily a fashion and body sculpting tool, whereas girdles provide certain health benefits alongside the obvious slimming effect it was originally created for.

The earliest forms of girdles were rigid shapewear with next to no stretchability, which made them extremely uncomfortable. With improvements in garment manufacturing and introduction of synthetic fibers, a certain degree of stretchability has been incorporated in girdles, which allows the shapewear to adjust a little bit according to the shape and size of the body instead of attempting to completely flatten it. This has made girdles significantly more comfortable. 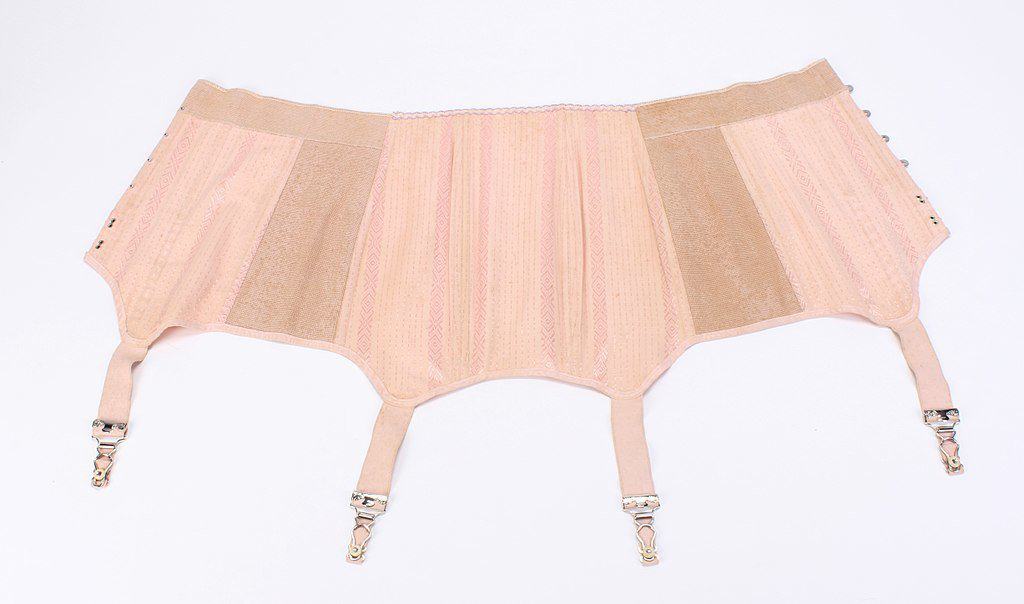 During the first half of the twentieth century, girdles were an essential part of the wardrobe for many women. Along with functioning as a shapewear, girdles were also used to hold up stockings. Typically, girdles are available in two design forms, in the open-bottom form or in the form of a pair of shorts.

Benefits of Wearing a Girdle

The term shapewear dissuade many people from wearing a girdle. However, girdles do have certain overall benefits that deserve to be taken into consideration. It needs to be mentioned here that the benefits become apparent after repeated wear and that if you’re wearing a panty girdle for the first time, then initially it might seem unnatural and a bit discomfiting. 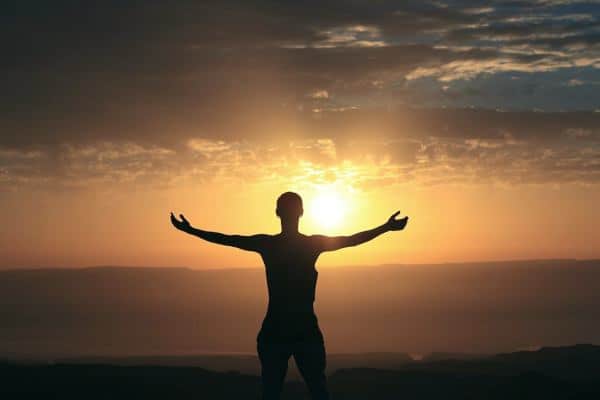 Support might seem unnecessary, but people who wear panty girdles regularly have reported that it does not just provide their figure support, but it also offers emotional support and a sensation of being hugged that is helpful to tackle anxiety and stress. The support for the figure is also recommended post-surgery to help the body heal faster.

A good quality panty girdle provides a bit of extra lumbar support, which reduces the pressure on the back muscles and bones. You do need to work towards correcting your posture, which is a long process. In the meantime, panty girdles can lend a proverbial supporting hand. 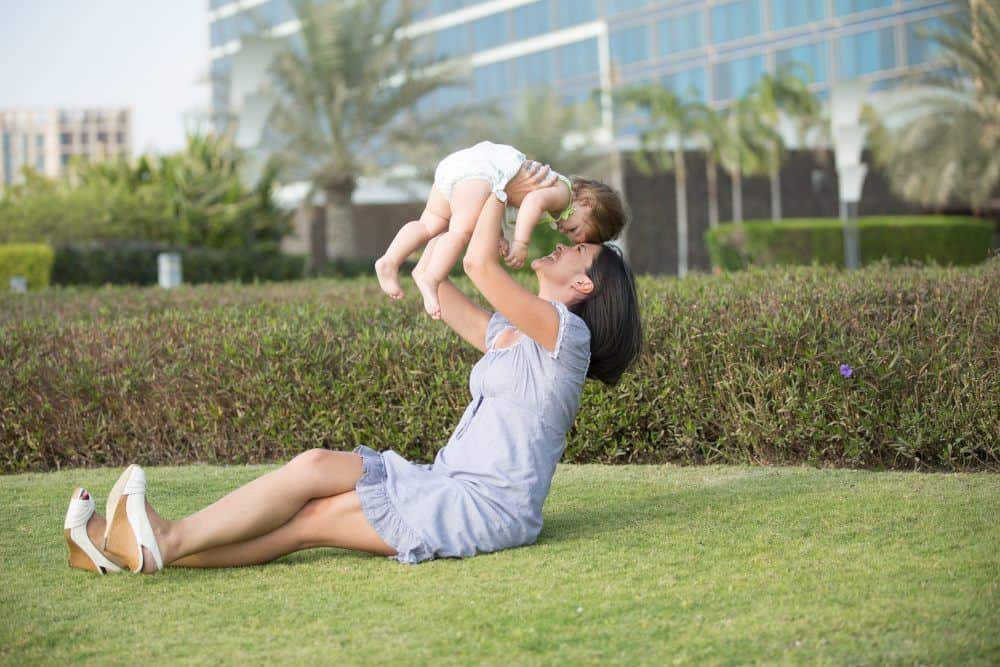 If you’ve undergone a C-section, then compression girdles will provide much needed support and comfort. Primarily it protects and prevents the wound created by the incision from opening up. In addition, it helps the body steadily recover to the pre-childbirth state. The other issue is that during the pregnancy period a significantly higher than normal amount of weight and pressure is exerted on the spinal cord.

After childbirth, the excess weight that you have gained during the pregnancy period doesn’t disappear overnight. During this period wearing a compression girdle helps relieve the pressure on the spinal cord. Plus, it overall provides a protective hug and makes you feel better about your body.

A Few Things to Be Wary of While Wearing Girdles

There are some obvious benefits of wearing girdles, but there are certain misconceptions and dangers that you need to be wary of as well. 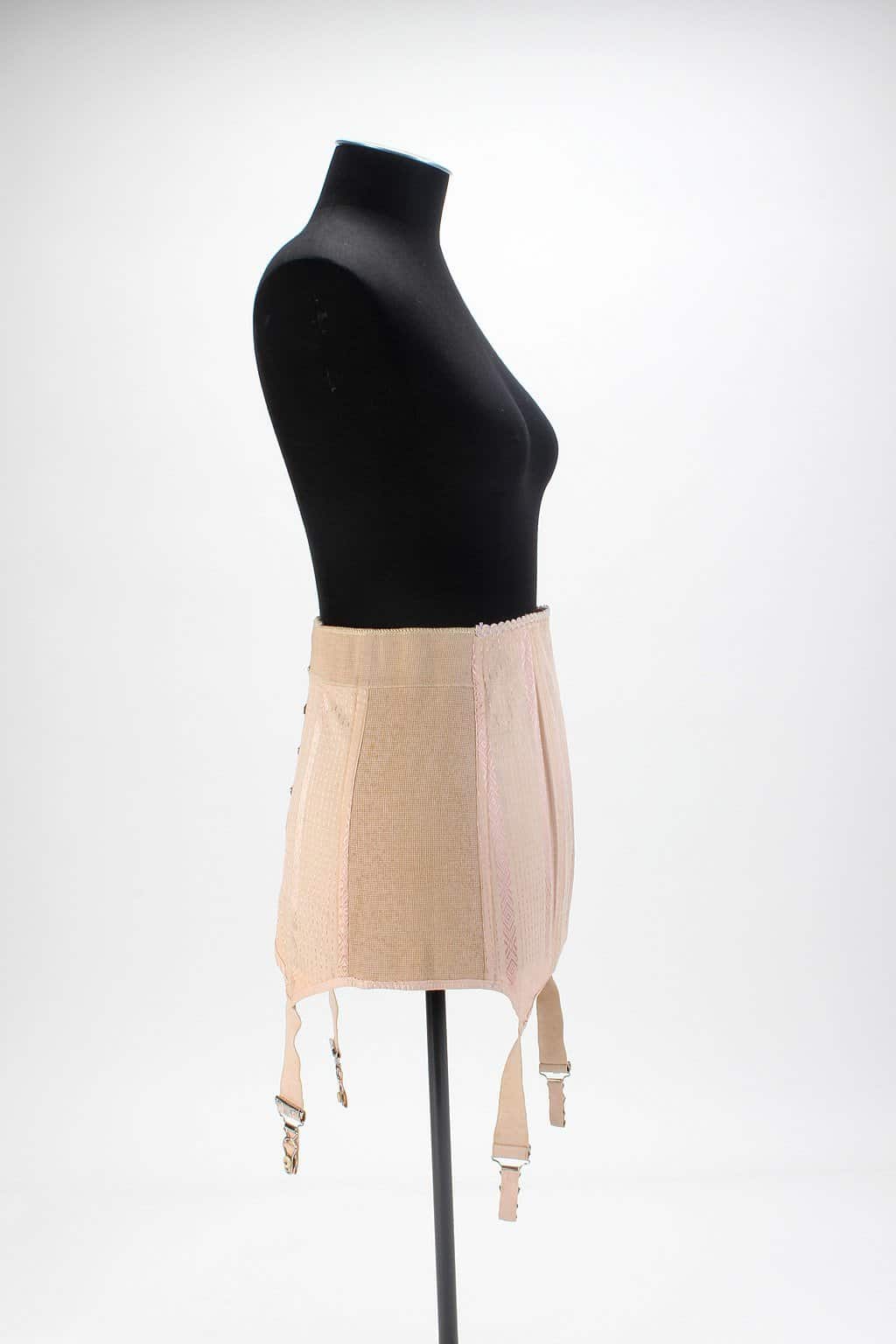 Catherine de’ Medici is generally considered to be the one who brought corsets into popular use, though the garment is believed to have been in use from ancient times. She was the wife of King Henry II of France and had put a ban on thick waists in the King’s court in the 1550s. It was primarily used to forcefully sculpt bodies into appearing particularly thin at the waist and fuller at the bust and hips.

It was traditionally made of silk and other similar fabrics and whalebone were used in the boning to form the stays and busks. Subsequently, steel came into use. 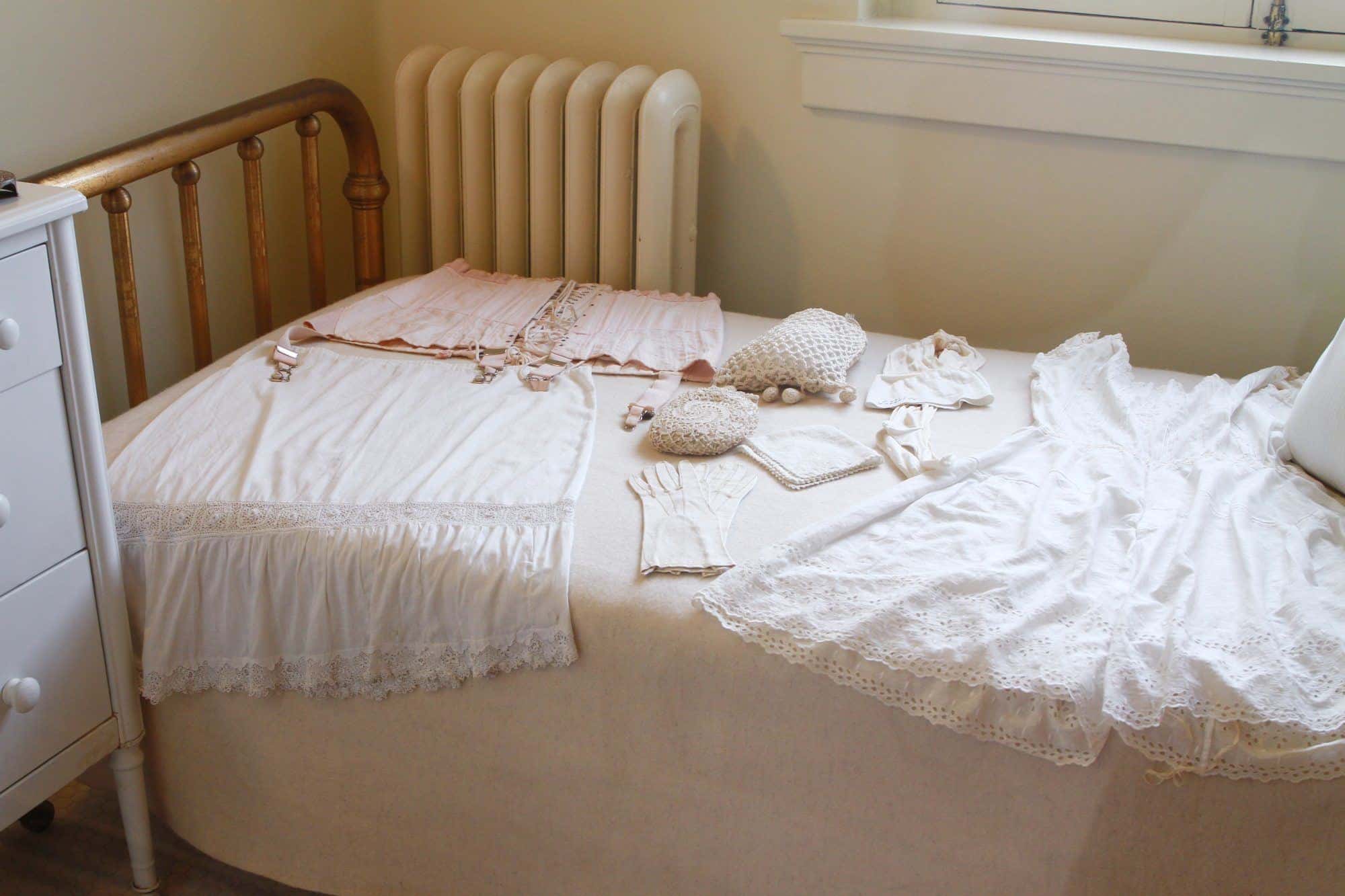 Unlike girdles, corsets don’t provide any stretch. It can, however, be tightened or loosened using the lacing. Plus, corsets were also not typically designed to hold up stockings, though that element has been incorporated in newer designs. The primary goal of the corset has always been to sculpt the body into a particular silhouette.

Overtime corsets have become a fashion statement in themselves. Celebrities around the world now wear corsets as tops at premier events and the variety of designs available has grown considerably.

Benefits of Wearing a Corset

First and foremost it’s a fashion statement and helps you feel better about your body. However, in addition to that it has a few health benefits as well. Corsets hold your body upright, which relieves pressure on the spine. Plus, if you’ve back problems or if you’ve met with an accident that has hurt your back, corsets provide much-needed support.

As a consequence of its pressure relieving abilities, corsets also help relieve back pain. Since it helps the body retain an upright posture, the spinal nerves do not contract, which also helps prevent headaches and migraines. Also, it provides additional support to large breasts or heavy breasts. 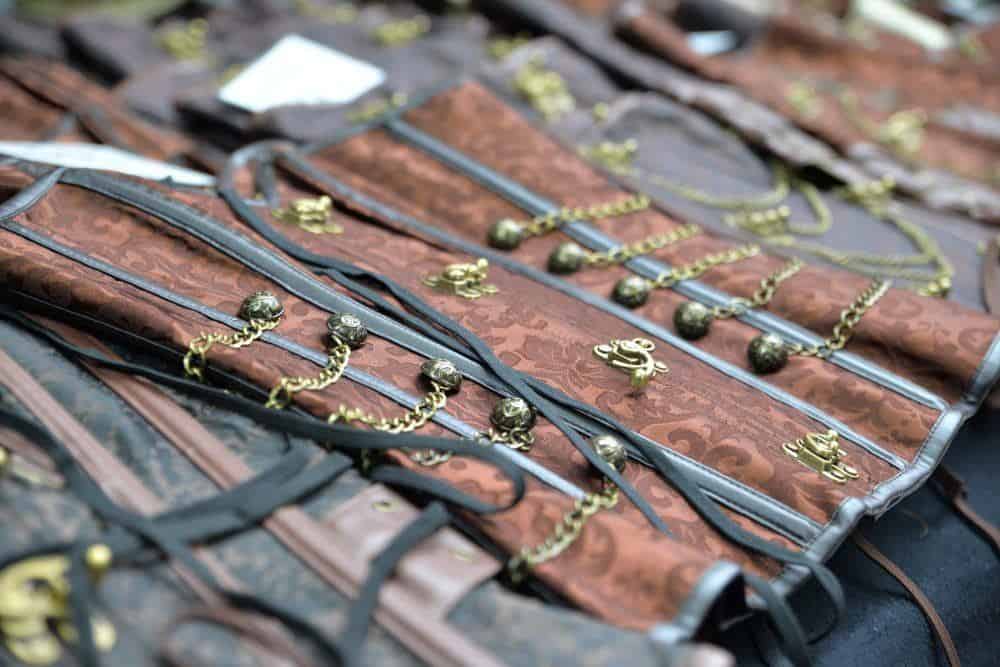 A Few Drawbacks of Corsets

It’s advisable to not wear corsets extremely tightly as it restricts blood flow, can cause skin irritation and makes it difficult to breathe at times. Since it puts quite a bit of pressure on the abdominal region and hence the stomach, wearing corsets for prolonged periods can also cause acid reflux. 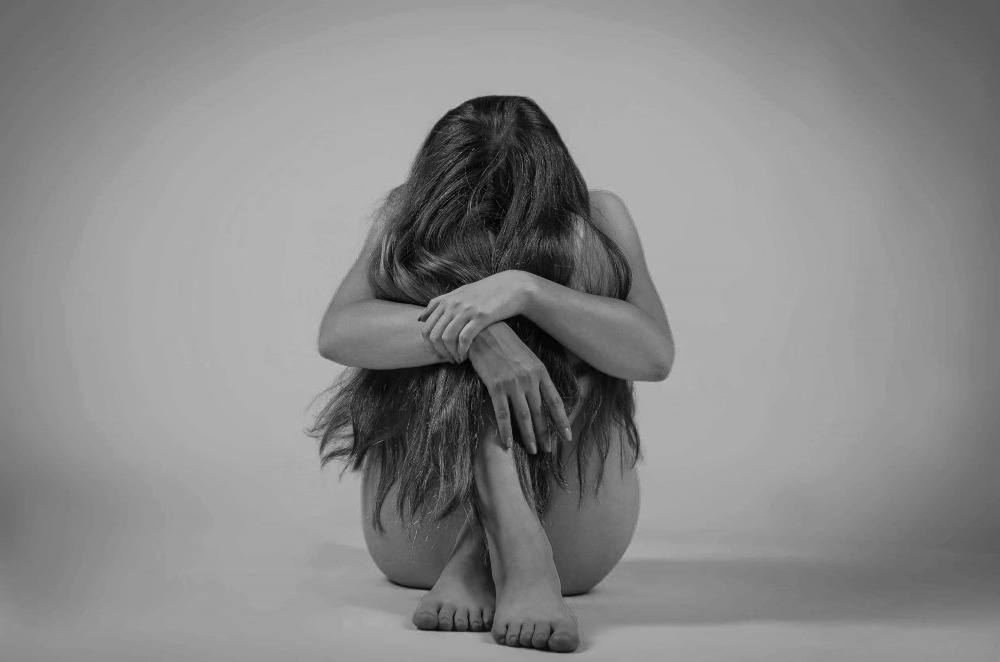 It needs to be kept in mind that shapewear such as girdles and corsets are meant to provide an additional touch to the way you look, but they aren’t meant to become the most important element of your dress or determine how you feel about your body. If you like that additional layer of support underneath your everyday clothes and it provides you a sense of comfort and pleasure, then by all means go ahead and use shapewear. However, don’t allow anyone to tell you that a corset or a girdle is the element missing in your path to success in life in any shape or form.